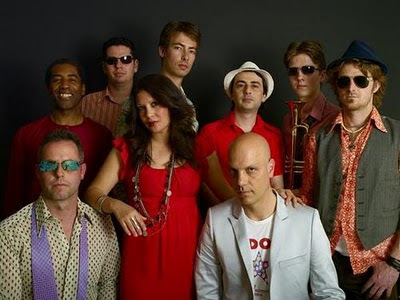 Casabella is an exciting 9 piece Latin-Beat band that has been rocking festivals, dance floors and clubs with its vibrant songs and groovy rhythms.With musicians from Europe, South America, the Caribbean, Asia and Africa, the word „fusion“ takes real meaning with this colourful, young, and soulful band. Gigging regularly in the London circuit and festivals, Casabella is finalizing its first CD which is due for release in 2009, with a repertoire of new songs written by lead singers Gianni and Sam.
Casabella's e­nergetic live performance has something for all tastes: pop, Latin, Brazilian, reggae, all with a jazzy flavour given by Jivana on Trumpet and Kim on Sax. The main influences for the drums and percussion section are Cuban, Brazilian and afro beat and they have proven to get even the shyest of spectators grooving on the dance floor!!!
Casabella were formed in 2007 and started by Italian guitarist and vocalist Gianni Rossi, vocalist Samantha Grant of Anglo-Burmese descent and New Zealand keyboard player, Michael Lloyd.They began to write a mix of Latin fusion music taking in all of their influences from rock, pop, reggae, afro-beat to Latin and began gigging around London. During one of their performances they met Thierry Deneux a French drummer and percussionist who after hearing their music for the first time wanted to join the band immediately.
This 4 piece then continued writing, performing as well as going on to meet new band members South African bassist Winton Palmer, French trumpet player Jivana Hunt, Jamaican percussionist Derek Ferguson, Brazilian percussionist Manitu Szerman and saxophonist and percussionist Kim Eersel of French/Moroccan parentage to complete the 9 piece line-up.

Where did such distinct musicians meet? Gianni as a musician playing Afro and Latin music, and Samantha, formerly pop and rock singer?

Gianni: You will be surprised but Sam and I came from a similar music background and generation time. I started playing in bands since I was 17 doing all sorts of alternative, indie rock music. Just after I started SY meditation in Italy I had the desire to compose music for live gigs where the audience could dance and feel happy. When I came to London I started playing in an indie music band but soon I decided to start my own project and I was lucky to met Sam, who is my wife's childhood best friend, and it just flew magically.

Sam: Like Gianni I have been in bands since the age of 16. I was singing in a new wave rock band until my early twenties and gigging around London. I have also been in many musical projects over the years from my own album ‘SAM’, to TV work, to all types of music ranging from dance, pop, rock, to ambient music. Singing, writing and performing from a young child has always been a passion of mine and is in my blood. When I started to meditate I was looking for a new direction, something deeper, music to touch people. We formed the ‘SAM’ project working with 3 other yogis and when that project came to it’s natural end I wanted to try a new style of music, something I hadn’t done before. By chance I met Gianni who is married to my best friend. We jammed and we just seemed to gel vey well musically. Gianni’s cool latin style mixed with my western melodies just seemed to work. It was the start of Casabella and I knew we were onto something special. 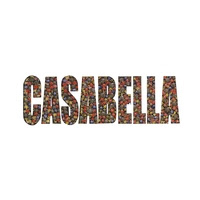 Casabella´s music is lively, raging and wild, it bears spontaneity of Latin American music, it is a mixture of all possible genres and it brings the joy of dance and motion. Do you compose songs together, or do you complement each other or are the songs the individual work of each of you? Does the band have its share on the songs?
Gianni: I had quite few songs that I wrote in Italy and Sam arranged them and added her singing style and translations in English. Then we wrote new songs together very spontaneously. I respect Sam very much as an artist and person and we share ideas and listen to each other suggestions. The songs were quite strong just acoustic but without the whole band we could never have reached the level that we are now. Sam and I leave the band members to express themselves and they add their own creativity in every single song.

Sam: It was very inspiring to be free to express myself and add and arrange my own parts to Gianni’s already existing songs as I could hear that they were already very good. I too respect Gianni’s musicianship and when we started writing songs together it just seemed effortless and the songs just worked. As Gianni has said the band add their own creativity to each song. With all these elements it has helped us to get to this level and when we are one the vibrations just flow. 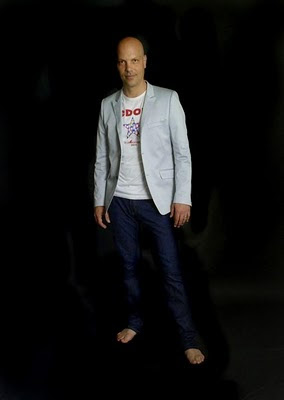 How did you get to music and playing? What were the grounds of your music? What did influence you?
Gianni: I started playing guitar when I was 15. The first LP I bought was “Ummagumma“ by Pink Floyd and we went to listen it in a dark room with my brother and friends to listen all the special effects on that album. As a teenager I was into Deep Purple and Led Zeppelin but I kept on following the new music coming, so I went through west coast, country, Brazilian music, jazz, blues, blues rock, rock, punk, new wave, garage rock, reggae, ska, afro beat, indie rock, grunge - you name it. I had a lot of heroes when I was young but now I think it is just a projection of your mind - we are all human.
Sam: I started singing as a child in my bedroom and writing melodies and songs from about the age of 7, I wanted to be a DJ and I used to record my songs on an old tape recorder and pretend to play them to the nation!! As a child my cousin’s and I used to hold concerts for our parents and perform songs we’d written together, it was fun. My first serious influence was the SKA movement. I just loved the energy and the style of the bands. I then got into punk and new wave with bands like The Clash and Blondie. Then when I was about 13 I saw U2 on the tv and was completely blown away. Their passion and connection with the audience was something I’d not seen before. The ‘War’ album had a massive affect on me and I knew then that I wanted to be writing and performing in a band. 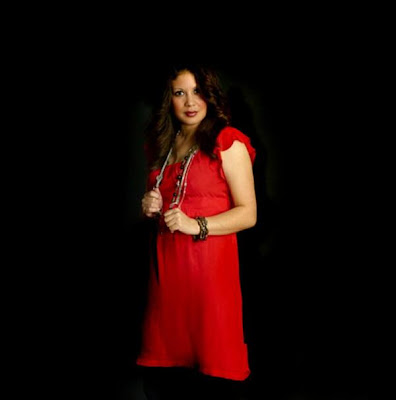 You give a lot of concerts and let know about yourselves. That is very good. Your profile on Myspace is one of the very extensive and now you have already your own EP disc. Do live concerts give you the feeling of satisfaction and fulfilment?
Gianni: We are 7 yogis in the band plus 2 non yogis that have experienced meditation but they are not practicing. Well, you know most of the time when we play live we are like one, very strong, it is like taking a pill of happiness we all feel really good after a gig and the audience too.
There is a lot of work done behind the scenes to manage a 9 piece band and to build what we have achieved so far. There is a lot more to do but I am trying to be detached as much as possible. We are also working on some afro dance choreographies with 2 yogini to add more to our live performances.
Sam: Yes our drummer once said ‘a Casabella gig is like taking a happy pill’. It is such a good analogy. He is not a yogi but for him to feel the joy inside each time we perform is amazing. It means that we are touching people, we feel good and so does the audience. It makes all the hard work worthwhile. Working with 7 other yogis in the band gives us a real strength. I can feel the collectivity and the feeling of being one. The 2 yogini dancers will also add something very special. 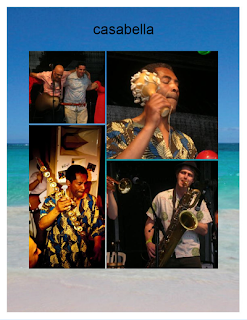 Does Sahaja yoga play any role in your music and a musician life? What are your plans for the future?
Gianni: If you listen to the lyrics they reflect the essence of sahaj. I would like to represent a life style out there in the world where it is possible to live and enjoy yourself without drinking and taking drugs. Meditation is the only ways to keep your subtle system clean and be able to get the most from your life. Casabella name is dedicated to Cabella village in Italy and that is the root where most of us are coming from. I would like that we can break through the minds and conditionings of people to help bringing a new era in our planet, together with every single project that Mother is working on, where we all have a role.
Sam: Sahaja yoga plays a very big role in our music. The lyrics are sahaj and with our music we want to tell people about another way of living, a life of peace with complete joy and self awareness as the spirit. A life does exist without stress and the need for alcohol and drugs. If we surrender we can be touched by the divine vibrations.

“If anyone out there wants to support Casabella, for gigs or helping to promote Casabella music, please get in touch with them through this radio station. Casabella's CD is available on Itunes and CDBaby”.

Links: MySpace, CDBaby, YouTube,
Posted by vlada at 1:00 AM No comments: