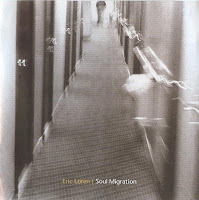 We play different music on our radio, from rock to indian ragas. I like that mix when you don´t know which piece is going to play. We play various styles but we have not had pop so far. Only this month when we got an album by a singer Eric Loren. Do you like U2? Do you like their songs? Then you won ´t be able to wait till this name and the album is on the radio – Soul Migration. And what is the record like? I could use similar words as are already written on pages CD Baby which this album sells – They are written by a fan: "If you like U2, I bet you would like this album. I would definately buy another album by this artist."

Eric, can you introduce yourself a bit? You are American and now you live in London, why such a move? Where are your music roots?


Well, basically I came over to London to go to drama school. I was at a University in the States, but didn't like it too much and left after 6 months, then I went to a Conservatory of music in Boston for a year and wasn't very happy there either. So, eventually I auditioned for The Central School of Speech and Drama in London and came over here when I was 19 and haven't left. I was always really influenced by English music: The Beatles, Led Zeppelin, The Who and then I really go into The Clash in a big way, so for me it made a lot of sense to be in London. My brother had always been in bands when we were growing up and we agreed someday we'd play together. He was always a major influence on all my music. We had a couple of bands together with (guitarist) Steve Kirby, but Blank Silver, our last band, was a real culmination of all our musical influences. Riffing guitars, big drum sound with very melodic vocals and harmonies.

Your album was produced six years ago and it still sounds really great – the influence of U2 is obvious. Are you impressed by them?


Yeah I was always a big U2 fan, especially The Joshua Tree. I loved the emotion that Bono put into his singing and the space The Edge created. It's funny, I never really considered the similarity to them, but I'm flattered. Just don't tell Adam (Fox). He's not a huge fan.

The record was made in London and Adam Fox, my favorite music producer, helped you. What was the cooperation like and how did you get on? This album was created just by you two…

Yeah this whole album was Adam and I. We had a great time. I was directing a play and Adam did some playing and producing for me and we really hit it off. We both had serious rock roots and had an evening of sharing music and bands. I said I was looking to do a solo project and he said let's do it together. So it started really simply. I didn't want to have any pre-conceived ideas about the sound, except I wanted it to be personal. So we just started by playing through a couple of tracks and picked one to start with. I'd play the song and then hand the guitar to him and we'd work on the arrangement. Then we'd sit together working everything else out.

I had Adam do all the guitar work. He is such an amazing player, I didn't see the point in trying to hack it out myself. Also, I kind of felt writing and singing everything was enough. We just sat together trying out ideas into the early morning. This was an amazing experience for me. I was writing music all the time. If I picked up a guitar the songs kind of wrote themselves. Adam and I became very close friends and we were just about to go out gigging when I got a string of acting work and had to put it all on hold. I started recording more songs instead and in the end had to stop for a bit when my second son was born.

You are the author of all the songs. Please tell the listeners who have not heard the album yet what are the lyrics about and how do you make the music?


For me this project was really about trying to be completely honest lyrically about what I was going through at the time. I would write all my songs on the acoustic guitar. Usually, I'd start with the music and lyrics of the chorus and then just keep playing it until I felt like I knew where I was going with it. You know, each song is different. All this world was really just as it says. It's like everything I'd picked up and all my conditionings slowly dissolving. It was important for me, however, to be honest that everything wasn't always perfect. I felt if I could share the difficulties as well as the joy this would reflect the reality of life . I like to play some songs over and over – for example All This World or Angel of Mine (like U2), Embrace Me or the dance piece I never Wept. Can you tell anything about them?

Well, Angel of Mine and Embrace me were brought about by an amazing experience I had. A friend of mine, incredibly, was able to see Angels. One evening he said he could see an angel wrapping its wings around me and embracing me. I could really feel something magical happening. It stayed with me a long time. I wanted to experience this relationship with my own Guardian Angel. I have been fascinated by it. I Never Wept, however, is quite a personal song. I had gone through some personal loss at the time and it was really my way of coming to terms with everything I felt and how, even when I was at my lowest, somehow I felt my deepest connection to the divine. I realised this was always going to be my life no matter what happened to me.That really gave me peace inside.

On the booklet you thank – like many other musicians – Shri Mataji. What does Her name mean to you and what is Sahaja yoga for you?

Well, for me she is everything. I never really was able to write music until my realization, so it was a clear channel for my creativity. There was no question where it was coming from. Really all the songs are about my relationship with Shri Mataji and my spirit and how I was dealing with everything surrounding me, conditionings, past, present and still present unfortunately. I wanted to make an album where people could really feel my spirit talking through the music. One of the best compliments was from a yogi friend who said what I was writing about was exactly all the emotions he was going through. Also, my mother used to put on the album to relax, she said it made her feel very peaceful. I think really the lyric for Angel of Mine says it all. "I rest my case forever, hold up my hands surrender to ... only you".

Soul Migration you can find on
http://www.cdbaby.com/cd/ericloren
Posted by vlada at 1:48 AM 2 comments:

Dear all,
we are pleased to inform you that we have added to the broadcast four new albums. The first one is album of Deepak Varma - Nirmal Vandan. Second one is CD of young French sahaja yogi Sahadji - Bring the Light and next albums are - your favourite group - Music of Joy - Album vol.3 and a nice pop album of Eric Loren - Soul Migration ......... 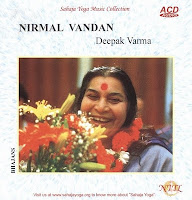 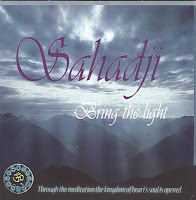 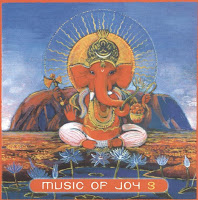 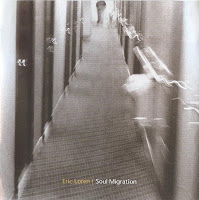 Dear bands and musicians.
On this blog we woud like to more closely introduce your CDs which are played on your favourite radio. Most of you have been given the gift of creation and blessing by Shri Saraswati. Music is the communication which does not need words. Through music it is possible to feel the Divine vibrations and also express love, feelings and joy. We would welcome short interviews which we would like to make with you – if you agree of course – and that way to provide deeper view into your creation.
It is really interesting to know more about the album which you are hearing on the radio, to know more about your feelings while compounding, how you have been given ideas, what music means for you and how your music is accepted. We currently see you on concerts and during pujas and enjoy with you… If you would like to help create a very interesting blog, where each single yogi can find what attracts him or her, what interesting he or she looks for in music, in your creation – let´s make it with us … We would be grateful to public your opinions on records, music and concerts…
Sahaja Yoga Radio Team
(contact@sahajayogaradio.org)

Enjoy and keep listening!
Posted by vlada at 2:23 AM 1 comment: