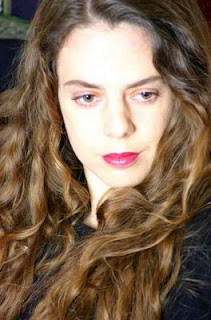 Although the Australian music group produced their first album Zephyr 7 years ago, it still belongs to my favourite ones. I bought the album in Australia, thanks to the internet, but first I had heard it on a cassette from my sahaja friends. This album is really unusual – you can feel gentleness, love, creativity, spirituality and respect to the Divine Power. Why do I come back to this album after years?
Because nowadays the internet is such a mass medium that a lot of new sahaja yogis can hear the music which was created a few years ago. And Zephyr is still worth of attention. Not only for nice songs by Elizabeth Henshaw and members of her band but also for the singing of Kate Henshaw which gives the album inimitable atmosphere. Elizabeth lives in London these days and she answers my questions this way:

VH: What was your first experience with Sahaja yoga and self-realization?

EH: In 1986 when I was 15 my parents, John and Judy Dobbie, came to Sahaja Yoga and my brother and I made friends with the other kids in Sydney. These friendships were very strong and definitely helped to keep me committed to SY at that age. There was no 'moment' of self-realisation, but I believe that SY kept me grounded and on the straight path during tricky teenage years.

VH: The record has got two wrappings. The first one was perhaps for Sahaja yogis and I have known it was being sold at Ganesha puja in 2001. The second one is for selling all over the world and it was also put into the category of the world music. Why that change of wrappings?
EH: Zephyr is essentially a studio-based project which I started in 2000, when I decided that all the music I was writing for fun should really be recorded, produced and put out there. So I taught myself production, and evolved from being a classically trained pianist to becoming a composer, lyricist, arranger, producer, piano/keyboard player and programmer. I found talented vocalists and instrumentalists from a variety of musical backgrounds to come and record the parts I wrote out for them, as well as other lyricists to contribute. These were mainly all Sahaja Yogi professional musicians. With the first (self-titled) album 'Zephyr' finished and mastered, we had 1000 copies manufactured, which is what you bought at the puja originally.

I then sent these out to music publishers and record companies, and I was offered a music publishing contract in 2001 with Origin, who released the album commercially. It was the same recording, but we had to design a new cover and booklet. I then went on to write and record 'Flame' which Origin released in 2005. The combination of having a deadline but also total creative freedom works very well for me. 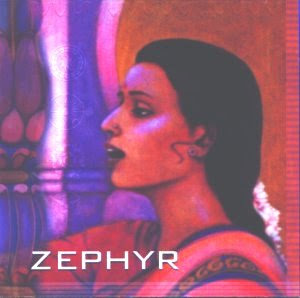 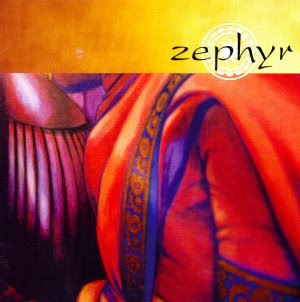 VH: I would like to pay attention on these songs:
Destiny – maybe the most played song on the Australian Sahaja radio. What is it about?
EH: 'Destiny' is essentially a 'seeking' song. The words came straight out of my subconscious - I didn't think about them! Luckily it works OK! For me the music always has priority over the lyrics. I think the music can transmit even more vibrations than the words sometimes. I wrote the music under a tree with a sheet of manuscript paper and pencil, out of my head: three vocal parts (in harmony) and the oboe part (expertly played by Jeff Lyons). Then I added all the other instruments (samples) in the studio. 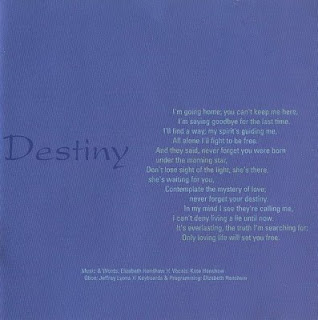 VH: Sunrise – unusual and nice composition with Indian vocalizing and tables – mixture of western and eastern music. Really great example. How was that created?

EH: Yes, this is a fusion of some interesting elements; Baroque harpsichord, Indian classical vocals and tabla, rhythmic pop synth and bass. Kate's vocals were laid over the strings, bass and harpsichord, then Bobby Singh and Sumathi Krishnan came into the studio to put down tabla and indian-style vocals separately. We recorded a lot of Sumathi improvising, then I cut it up, chose the best bits and moved them around where they sounded best! 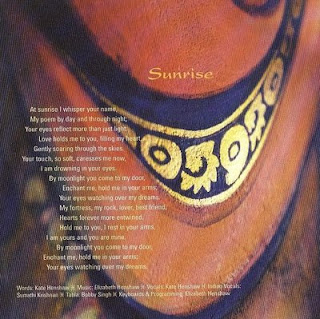 VH: Spiritus Sanctus – music text Hildegard von Bingen. Why did you use this topic?
EH: Hildegard von Bingen was a 12th Century female 'saint' who wrote theological, botanical, and medicinal texts, as well as letters, liturgical songs and poems. I used this text as it is about the Holy Spirit, and I like the sound of Latin! I wrote the double bass part first in a difficult time signature (played by jazz bassist Jonathan Zwartz). There are 10 beats in the bar, divided into different rhythms in different sections. The tambourine and harp add a medieval touch. This song has been recorded by a successful vocal group with my permission, and has always received a lot of national airplay on ABC radio in Australia, probably more than any other Zephyr track. VH: The Comforter – I know the version which is simpler and shorter and is placed on the selection IPO. It is interesting how the song can be improved and recorded differently. Do you think musicians should record their pieces in different ways after some time?
EH: Every song can be produced differently, even so it can cross genres. The producer's job is therefore a very significant and rewarding one. I felt this song needed to be 'refreshed', and the recording standard needed to match the rest of the album. 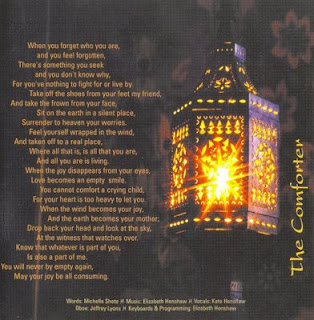 VH: Red Earth – my heart is always vibrating when I am listening the sound of Australian didgeridoo. It symbolizes Mooladhara, the connection to Mother Earth, the base, the root. I consider it as the top of the album. The author is Michelle Shete and Kate Henshaw together with you. How can such a wonderful idea of celebration Mother Earth come?

EH: Red Earth directly represents Australia and its wonderful, vibrating natural beauty. This track was recorded in 1996 for a Sahaj film made by the Australians (that's why it's 11 minutes long!) and I love the inspiring lyrics written by my friends Michelle and Kate. Robert Webber does a fantastic job on the didjeridoo. My other friend Sarah Labade plays the cello part. Interestingly, at the recording session there were three girls: Kate, Sarah and I, and ALL of us were heavily pregnant! It was quite funny. 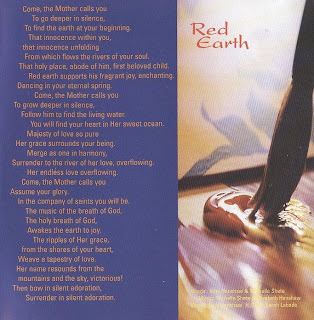 VH: What is new with your third album? When can we expect it?
EH: For the third album I would like to work more collaboratively with a variety of artists. The albums should evolve so that new musicians and their aspirations are featured as well. Everything I write is owned by the music publisher/record company, so basically I can't distribute my own music. When they decide to finance a third album, I will start recording!

VH: Elizabeth, thank you for this album, it is really fantastic…
EH: Thank you, Vlada for your time in spreading so much great music around the world. We all appreciate it very much! 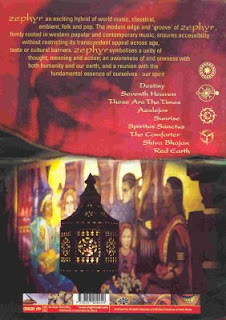 Wow! It’s too good.
Great job.
Thank you for this blog...
SEO Southampton

Nice piece of work. Yoga is the best of all exercises which has medical benefits.