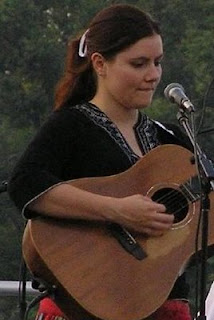 Maëry Lanahan is a performing songwriter with a sweet and soulful vocal prowess that captivates all who listen. She has just enough experimental attitude towards songwriting to create a truly unique sound that still touches the heart. Her songs have been about many highly personal things like overcoming abuse, realizing your creative potential, loving with a truly open heart, seeking spiritual fulfillment, and getting lost in the beauty of nature. Some songs tell a story with real people and dialogue and others just give a more abstract and poetic impression. Her style has the mystical originalty of Björk mixed with the somber emotion of Damien Rice. Matt Malley, formerly of the Counting Crows has said: „Maëry has a very organic spiritual style…“
These days, Maëry resides in Seattle with her percussionist/husband and they are working on a collaboration of art and music under the name „Elbows Touching“. Saying: „For so many years I have written songs and done paintings separately. Now I feel compelled to release them as one.“
We asked Mary for interwiev about her last album „Live Underwater“. 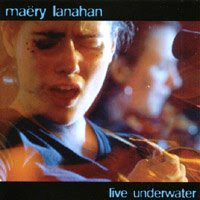 VH: Why the title „Live Underwater“? Is it different under the water?

ML: Water is a symbol for the unconscious, and when you’re under the water, you’re in another world. When I’m writing and performing songs, I’m really in such a creative space that is is another world to me. Also I’m striving to show people something otherworldy through music.

VH: Your music is something special then „normal music“. Although it is plugged-in, it connects the elements of the acoustic quitar, tablas and a violin. The violin is a very interesting element here. Does it fulfill the role of the solo musical instrument instead of the classical guitar?

ML: Yes, defintiely. When forming the band, I wanted to have the soloing instrument reflect how I hear the music. Violin is so ethereal and it’s like another voice. We wanted a sound that was rockin‘-but not exactly a rock band with a solo guitar….something in between.

VH: Why did you avoid the additional mixes, corrections and common procedures when mixing the CD? Was it the „first, raw“ sound you were interested in?

ML: When you get into the art of production, there really is no end to what you can do with a band’s sound, and with the songs. We wanted to release the CD as close to the live show as we could because it really documents what we were doing at the time. We just played a show inside the studio and then took the best recordings from that and released it-simple. We put so much work into our live shows, that’s where our energy was, not in production and studio time. For the time it was the best that we could do with our resources. With Lessen, our release in 2000, we spent all year in the studio and actually wrote parts in the studio. It was very laborious. We didn’t want to do that again. Our fans wanted the new songs to take home with them! Although I’m proud of both, I like the energy of the live sound better, even if I sacrifice some polish. 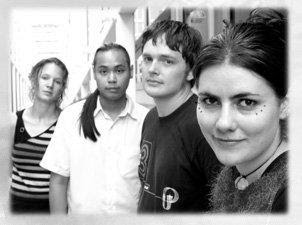 VH : Your voice is urgent, pressing, calling, thrilling, it evolves the feeling what it is going to be next in the song. Your compositions have a very special feeling, sometimes full of melancholy, sometimes with rock feeling. How did you get to the the guitar and to composing?

ML: When I was 14, I would sit with my mother’s guitar in our backyard which overlooked the little miami river in rural Ohio. I started to confide in music, all my deepest fears, desires, philosophies. It was a really difficult time for me as a teenager I was kind of a desperate and passionate type. I would not give in to accepting the world as my culture saw it. I knew there was a different way of life, I could touch it with music because music made me feel like I could be myself. What started out as therapy and self discovery turned into prayer and seeking something higher than myself. I would sneak out on a night walk at midnight, walk around my small town singing the whole time and not get home until sometimes 4am. I would write songs out of this space and just enjoy being alone and discovering what came out of me as it came out. Even still, I think back to that time and feel the inspiration of conjuring up my desire power.

VH: In the booklet you devote special thanks to Shri Mataji. Did the music connect you with Sahaja yoga or was there another impuls?

ML: When I was able to explore my desire power through creating music, I was able to realize that I would not give up until I found something that would help me reach my goals, in a spiritual sense. I started going to Sahaj Meditation classes across the street from my house when I was 16 and still in high school. Ever since then I have been able to grow into my spirit in a very fulfilling way. Music kept me real, and in prayer mode… and Sahaja Meditation was the answer to my prayers. If I look at where I was in the beginning, confused about the world, desperate to know the truth, very depressed and discouraged-even self destructive, and now 15 years later with so many blessings in my life and so happy- it’s all because of finding my spiritual path and following it! (to my best ability) It’s all because of what I’ve learned from Shri Mataji over the years. So yes, that core element gets special thanks on the CD jacket!

VH: You support the independent music, you say that it is very important. What does it mean to you?


ML: The main thing it means to me is that artists are able to stay true to their creative vision and not get molded by corporations who think they know what people want to hear. Artists should have complete freedom when it comes to making music. It is difficult to stick to these ideals because the whole music industry is set up to cater toward fitting into molds and genres. Luckily though, things in the music industry are changing and now the internet is allowing people to reach their audiences more directly. 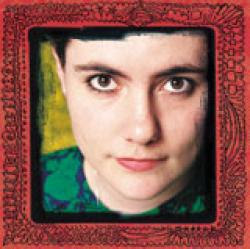 VH: I woud like to ask you about the three songs which caught my attention:

The song Coil with the introductory didgeridoo can be found on your first CD Lessen. Very interesting vision of solo singing and a native instrument. Inspiration?

The didgeridoo is such a powerful droning instrument, when you sing on top of it it’s like sitting perched on top of a rock looking out over a cliff. I wrote the song Coil when I was all alone in the forest in Seattle in 1997. I returned several times to the same tree to finish out all the words and intonations. It never seemed to need or want any instrumentation, and didgeridoo seemed like the perfect thing to give it something to sit upon.

VH: Two Silhouttes belongs to my favorite. It appeared in the selection 1+1 and also on the CD which was as a present at the puja. What was the beginning of this song? How did it originate?

It’s a true story-love song. I was wanting to write a song that reflected true love, where you are so much part of someone that you hardly even notice that they’re there. Like you hardly notice that your fingers are on your hand, doing things all day long. It’s not that you don’t appreciate them by not noticing them, but rather that you just live your life using them all the time and are happy and complete. I really wanted to write a love song that had a nice sentiment that was genuine and hearfelt. I actually surprised my husband by singing that song to him on our wedding day in Ohio September of 2000! I had to keep my eyes closed the whole time because I peeked out at him once and he was bawling.

VH: I liked to watch in the NY subway small performances of various musicians. I was also attracted by your clip Brahma Shodhille, shot on the mobile exactly in NY subway. Was it a spontaneous action?

It was 2am after our show at the C-Note in the East Village. (I think there’s a recording of us doing the song Between that night at that show) We were staying in Queens with a friend and had to cart all of our equipment back after the show on the subway. As we waited, Brian, my husband/drummer got out his tablas and started playing very spontaneously-and the acoustics were great. The steps were full of really tired looking people waiting for the subway, and my bass player, Alessandro nudged me to start singing. The videographer that was traveling with us started recording. As we finished the song, our subway arrived. It was very spontaneous and short. It was one of those moments in life where you feel like you’re living inside a poem. 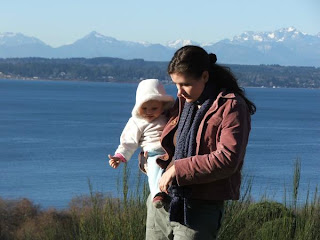