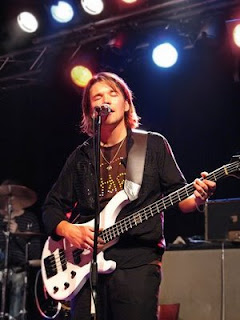 Eero Heinonen – a Sahaja yogi, who is not need to be introduced. Rock fans all over the world know him as a bass guitarist of a Finn group The Rasmus, but he is also famed as a leader of another music project – a band Hay and Stone. Here Eero plays not only rock but also blues rock – he returns to the roots of blues and rock music of 70s. The first record Making Waves was made in 2006 and got good review. Eero is a modest and nice young man, who can be seen with a cameo with Shri Mataji at Rasmus concerts, giving Self-realization to his fans. Eero is talking about his project Hay and Stone, music on this record and Sahaja yoga. 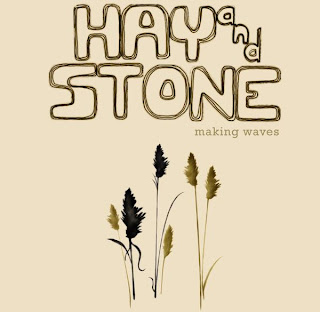 Why is the title of your band called Hay and Stone?

It comes from my surname, Heinonen, that means hay in Finnish. Stone is there to give balance, not to be too light.

How long do you enjoy Sahaja yoga?

How did you get to Sahaja yoga?

I had a friend in the same music school where I was studying, he recommended Sahaja yoga for me. I went for the program and after that I got curious about it. 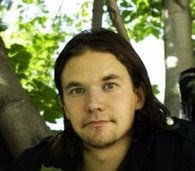 Sometimes lyrics or just an idea of what the song is about comes first. Sometimes I just pick up an instrument and might create a melody or a chord progression first. Then slowly add more melodies and usually write the lyrics last anyway.

I was kindly surprised by the sounds of your band. It sounds like music of 70´s. I like bands from this period, especially 70´s, because I grew on this – blues, rock, southern rock. Is it the return to the roots?

Well, in a way it's returning to the roots. my father used to listen to lot of blues and bluesrock, John Lee Hooker, Jimi Hendrix, ZZ Top... I always liked also Paul Simon's stuff and some Nirvana, some grunge music, to me Hay & Stone is a mix of these things. 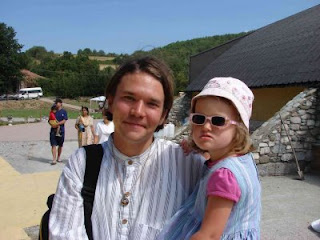 I like songs Prayer songs, Earth People and Dig the Vibe. I can hear blues roots there and I like slide guitar and harmonica… How did you come to the idea to create these three differents songs ?

Prayer Song
I wanted to have as the album opener, to tell listeners that music is sacred thing. 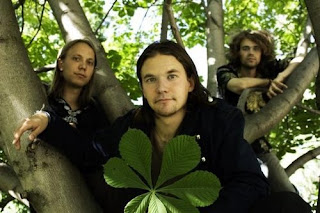 Earth People
Is basically a song for my father, we had a kind of crisis with him when I started to work on the song, it's about those feelings.

Dig the Vibe
Is inspired by a visit to one yogi family in Hamburg, they were expecting their first child, and there was such a beautiful atmosphere in their home... 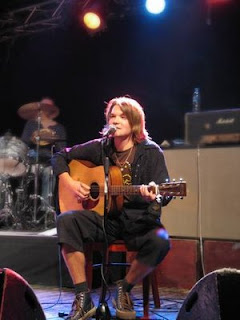 Music means connection with divine. How do you feel this connection of Sahaja yoga, meditation and loud rock music?


I feel that playing music, or playing any instrument should be a moment where you just listen to the sound and let it vibrate in your body. If your mind is open and attention is on the spirit, just playing any simple sounds can be elevating for our Kundalini energy.


I know that you cooperate with TEV. How does this job fill you up and how do you feel about it?

I haven't been very active with TEV, but i was part of Magic Flute opera in NY in year 2000 (was it 2000?). I enjoyed this happening a lot. One of the memorable moments was when the whole Symphony orchestra did a namaskaar for Mother. 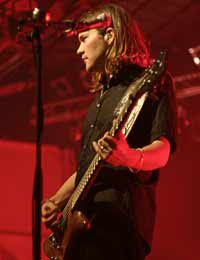 You are famous, you are member of famous band. What this fame means for you? How did you learn to live with the fame?

I feel that fame is a good thing in some extent. Fame means to me that people can easier connect with me when they already know something about me. I think that in general people like to have some guiding image in their head of a person that they are working with... but then of course the whole experience can be something different that they expected. But I guess people feel easier to talk with someone that they know a little bit about from before.

Prayer song is really good. I love to hear music.thanks for sharing your thoughts and views.
http://www.musiconlinealive.com