The IPO - Millennium and Blossomtime

We will finish this month by a close look at the trilogy album, which was recorded and published by The IPO during the years 1995–1999. I had both articles hidden in my computer and believed that one day I will use them and let the readers know after all these years about the reviews on these wonderful songs. We pay our attention to the albums Blossomtime and Millennium. Many of you have certainly those albums at home and you can listen to that music on our radio. Let´s together read those reviews which were published on the internet in the nineties.
1995 Blossomtime is the first collection of songs from the diversely talented musical group, the IPO. It may sound on first listening like contemporary music, the kind that fills the airwaves. But listen again. This is world music – world music with roots, contemporary stylings and solid musicianship. A passing band graces the opening moments of this CD, like a collective memory or a dream. The music strains to touch our ears wrapped in a cool, refreshing wind, reaching out. 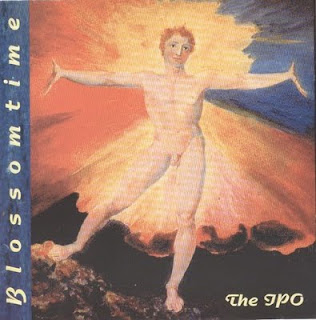 At first, like a ragtag mariachi band coming over the hill on their way to a wedding, then like an army of warriors announcing a new age, this overture gives tribute to the bedrock of IPO's genesis. It is with the unlikely rhythms of this spirited Indian village folk song, sung for generations, that this musical curtain rises. The words in the Marathi language – although we don't understand them – ask for spiritual awakening.
In a second homage to their antecedents, a voice, cloaked in the same winds of time, speaks the words of the visionary poet William Blake: „To see a world in a grain of sand and a heaven in a wild flower…“. And then, without delay, off we go… Blossomtime does just that. It blossoms and unfolds with the grace of a flower, each petal of a new color – urban rap (Paradox), playful pop (My Bubble Went Pop), even relaxed Latin lounge (Only the Spirit) and driving folk ballad (Horseback Ride). Blossomtime, for all its stylings, stands strong with one vision.
Best articulated in songs like Better Than Anything I Know, Great Moments of Joy and the anthem-like These are the Times, there is a call. With the immediacy of one voice, the songs together tell us „It's happening Here and it's happening Now“. „I know you've waited so long / These are the times“ one tune tells us. „We understand that life is in the palm of our hands“ echoes another line of lyrics. Everything is arranged for a new world to begin, as described in The Garden – a place not of the future, but a place of prophecy, set to begin right now. „People are ready“. That's the other theme laced through this work: „Everybody Knows“. Everybody knows something's wrong with the world, so the desire for change must be collective. Or, as the song Paradox recites, „They're dreaming of a tropical paradise, ‚cause the world we live in ain´ t so nice“. 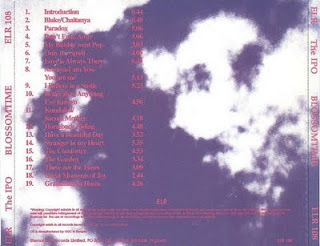 The song Ananya speaks out with clarity. „Everybody knows that love is the truth / Everybody knows that their lives are sacred / …Everybody wants to become one with one“. With feelings like these, it's not surprising that Blake is cited before any singing even begins. Or that his painting, Glad Day, a portrait of a reborn Humanity, graces the the face of the CD jewel box. It is as if this music is more than just something to which we can listen. It should also be felt, but not just emotionally.
The music of Blossomtime is, as the liner notes invite, for us to enjoy as it registers and resonates, resounds and rejuvenates through us. „All we have to do is listen / to the flow of love within“. Blossomtime, with a fresh affirmation of the human spirit, is something more than just the music. Blossomtime is aimed at a mass audience, so it entertains. But the depth of its reach is way beyond the measuring stick of popular music.
1999 MILLENNIUM is the latest recording from The IPO containing no less than 19 songs by various musicians from various countries in various styles. One of the interesting things about it is the way in which these songs flow on from one another with surprising fluency and unanimity of tone. 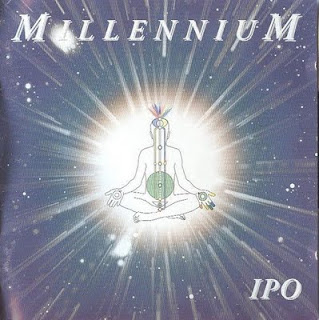 The CD opens with the soulful WHEN EVER which takes us back a full 2000 years, what better place to start, and then it comes right up to date with the lyric: „The truth is manifesting one thousand million stars“ the central message being „the Comforter will come!“ GOD IS CLOSER, a German rap song (in English) follows on. Slick and catchy, it embodies a rather startling statement about the Holy Ghost/Comforter. The lyrics announce: „To rescue the seekers, She traveled all over the world. She was also in your city. Haven't you heard? It seems the whole thrust of this musical ensemble is about startling statements and heartfelt announcements. (See what you think.)
Indeed, you could say that the whole CD seeks to deal with the questions: Can Pop be sublime? Can Rock Music, which is so associated with clubs and drugs and, to put it in a nutshell, the material body, be made into something transcendent, something spiritual? It doesn't let up there, COMFORTER the third track speaks of a meditation: "In that moment you showed me, just what it means, to go beyond time and space, and everything in between.“ The lyrics are serious in what they say, finishing up with: „Do we realize…this is the final revolution. The final revelation!“
Jeremy Clancy's THE REVOLUTION, with fine, stinging vocals continues on this theme „Don't you know the revolution.....is within“ refining the process further to „We're talking about love, love, love, love, love.“ This track has a tremendous undercurrent of real power and glory. Surely this would be the pop single? LIKE HEAVEN and WHY DON'T YOU TRY? by the Austrian singer Sia are two most beautiful and jazzy tracks, „Calm, peaceful, Oh so joyful“ they explode with flavor and are worth the price of the CD alone. 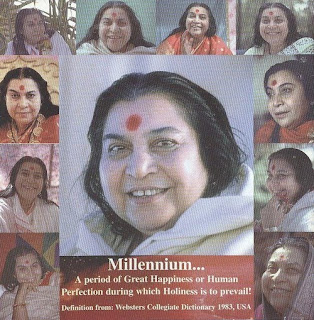 Matt Malley's LOVELY ETERNAL with its haunting vocals and maybe the best original line on the CD: „Your silence is louder than any devices of our own“, is particularly effective. This is real poetry delivered in the folk/rock genre. In praise of the eternal it overflows with bhakti (devotion). Ville Tantu's inspiring Finnish interpretation of some lines by the ancient seer William Blake, titled MERRY HEART, has a stunning chorus in what, I guess, is Finnish but sounds like Sanskrit, proves that modern styles can infuse ancient poetry with life. Folk music, with its ancient traditions, is maybe more easily or more obviously suited to the expression of spiritual subject matter, and several of the tracks here, including Doug Nicely's pleasant, sunny ON THE GROUND, recorded in L.A.,
Chris Marlow's OUT OF MY HEAD with neat guitar solo from Paddy Martin, Debbie Eckman' mystical GURU MANTRA and Daniel Wagner's SHE DOES IT ALL, featuring Joanne Levine on cello, come somewhere between folk and rock and make for uplifting, provocative and inspiring listening day or night. Provocative, because the songs sing of the feminine aspect of the divine, the Comforter, Counselor, Redeemer, the Mother, Guru and Holy Ghost, no soppy ‚here today-gone tomorrow love-lost songs here. „Sing all you people, sing from the Heart, sing like you've never done before“…and why…well these are special times, Millennium Times. 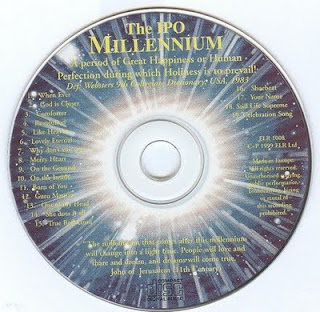 TRUE REFLECTION „Like a lake I will calm me down. Still my soul to that Holy Sound“ is perhaps the albums most introspective track as it echoes the innermost desire, „A true Reflection in my Soul I'll see.“ Following on in a similar tone is Ciaran McLaughlin's ac­complished STILL LIFE SUPREME, again reminiscent of a meditative experience recorded in song. Driving rock, you're probably asking? Don't worry, for those who enjoy playing a bit of‚ air guitar, we have your song here, recorded in Pennsylvania, USA. BORN OF FIRE, doesn't beat about the bush, starting right out from creation itself, the story brings us to the present day with the finale: „The secret of Selfhood is alive!“ Similarly, YOUR NAME in a rocky U2 style delivers up some striking guitar and lyrics: „A rising force of love that non can defy“. Try it! 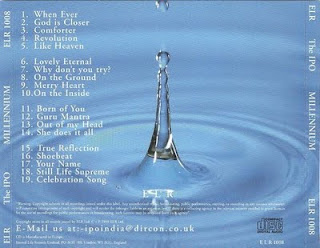 Rap, yes we have that too. Shoebeat Rap a phenomenal song, a mystical lyric: „when the Mother's in your heart and the Child is in your head“. A song with an attitude, yet a song invoking a meditative state/experience. Instrumental, well that's how the cd finishes. a triumphal traditional song set in a modern composition, recorded in Italy. World music for sure. What's more the music comes with a 16 page booklet which seeks to discuss the Millennium time and also the subject of much of the music. The feminine aspect of the Divine. Read on – it's all here!
Posted by vlada at 6:25 AM