Dear listeners,
today I will close this year of our dialogues with various musicians with the view on one of the fantastic CDs, which I had fell for immediately after my return from Cabella. I am speaking about the CD for the youngest - about the CD with many songs for children, named Kundala. The authors are two yoginis from Germany - Jutta Hille-Ostermann and Katri Born. The whole album is full of short and merry songs which speak not only about individual chakras, about deities in them, but also about love to our Mother Earth and the joy inside of us. The album is accompanied by a very nice booklet and a many-pages supplement with the songs lyrics and guitar chords. I addressed one of the authors - Jutta - to tell me more about this album. 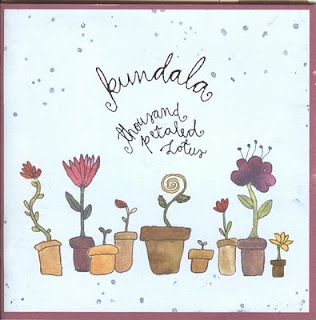 How did the idea to prepare such album come to your mind?

When Katri and me met first time in 2007, we both had already experience with Children meditations. Katri had worked as an aunty in Rome Kindergarden for a while, whereas me, I cared for children meditation and activities in german national seminars. We also had some meditation experiences with our own children. We both found, that meditation with songs is a very good and joyfull way to support the children in their growing and to focus their attention on different aspects of Sahaja Yoga.

At that time, there existed only children songs in english language and we thought, it might be a good idea to create some in german language, so that german speaking children could understand the songs and easily sing along. We started with 6-or 7 songs and in the end a CD came out with 24 songs. We named it "Sa, Sa Sa, jetzt sind wir da!" after one songs, which we later translated in the english song: Sa,Sa,Sa, here we are!!

Cause we got a lot of positive response to that, we decided to translate some of the songs and add some new created english songs. Like this we worked on the CD named "Thousand petaled lotus" which is the one, you have heard. 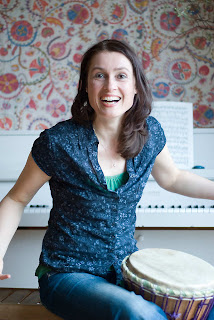 
From where do you know each other?

We had heard from each other through Katris sister in law. She had attended children meditations and enjoyed them very much. Than she had the idea, that if we get together, we could make more music for children and our songs could reach a greater public. So she gave us telefonenumbers from each other. We phoned and decided to send our little songs to the other. When we than met first time in Berlin, to work on the songs, we where really astonished, what came out of this simple melodies and how much we got inspired from beeing together. First we just played guitar, keybord and harmonium, sang in two voices and recorded our ideas with a very simple cassette recorder. 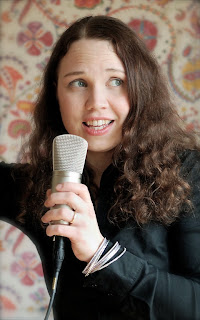 Where and how was the album recorded?

Later we looked for a possibility to do some proper recordings and while we did not know any one in Berlin or Hamburg, who could help us, so we decided to do it ourselves. We bought more and more tools to do proper homerecording: a good computer, mikes, headphones, kabels, midi-interface...and learned with a lot of trial and errorr, and the help of my husband, how to use these things...in fact this took in the beginning a lot of time to make the technic work and our time was so limited, because we both have a family, children and a household to care for and also work... but somehow the whole thing unfoldet step by step just by itself and we felt it was such a great blessing.

During that time, Katri had the great idea to make and old dream come true, and buy a bass guitar. This gave a lot of new possibilities to arrange the songs and made the the sound more modern and rocky. Later we addend other instruments like drums, harmonika, marimba, percussions, more voices... 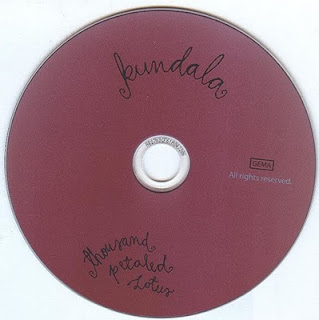 Your ensemble is called Kundala? Why did you choose such name and what does it express?

We were looking for a simple word, which is easy to spell and to remember and which has to do with the meaning of our music.
As you might know, "Kundala" is and old sanskrit term and means coiled up. And it has to do with Kundalini, this energy, which lies coiled up in every human being. In fact Sahaja Yoga is a way of Selfrealisation, which is triggered by the awakening and rising of this energy.
With our songs we wanted to offer playfull experiences with Sahaja Yoga. 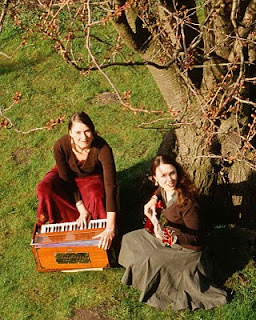 The CD "Thousand Petaled Lotus" belongs to the long row of albums with children songs...

In fact, it is our 2. project. And soon we will release a 3. CD in finnish language, in the mother tongue of Katri

According to the supplement info you had many guests ...

Yes, our first "guest" was Rosa, Katris little daughter, who attended sometimes our recording sessions. For our first CD, the german one, we invited also to boys from Berlin (Luka and Nathan) to join our singing and for the second, the english one, Mischa and Sophie from Hamburg. Mohan a yuva from Hamburg played the djembe, Mischa also was playing the cello, aunty Amrei played the indian flute and Dile from Finland the electric guitar in one song. He was also the one, who professionally mixed our last recordings last summer in Helsinki.

Both of you are very competent instrumentalists, the majority of instruments you had played yourselves....

Thank you very much, for the compliment. In fact, we learned a lot during the whole process, specially me, because I was not used at all to perform and record... and yes, we played most of the instruments by ourself. First we thought of asking also other musicians, but it was already so difficult to get us two together, so we just used the modern possibilities of recording every instrument one after the other.
Like this it was a work in process, where we could always add new ideas... 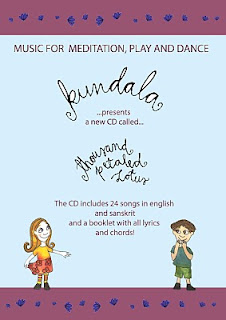 Children´s voices are also part of the album. What was the attitude of children towards recording?

Oh, they where really proud to be asked and really liked the recordings and I think, it encouraged them to practice more their instrument ...

Is there any message you would like to send to parents who bought this CD and play it to their chilren? (Btw: I like my grandson listening to this music and he loves most the song Adi Bhoomi Devi ...)

We wish you, that you enjoy the time being with your children. Specially, when they are still so innocent and open to learn, it´s such a great pleasure and regular meditation can guide them so nicely. May it be for all of you pleasant, joyfull, nourishing and inspiring. Don´t forget to dance and play ... !!!!
The song "Adi Bhoomi Devi", which your grandson likes so much, is working very well, as a circle dance with many children. Just hold hands and ask the children for movements. They are so creative.

Lots of Love from Jutta and Katri

Wow ! Congrats to both of you for this wonderful work. My hands simply turned very cool reading your interview. I wonder the kind of vibrations the CD will emit when I get to hear it.
Will it be available in India ?
All the best to both of you creative people.
With love, armaity.