Maybe it is not absolutely necessary to introduce the Ukrainian band The Heavenly River. Although their second album appeared only after ten years, this long interval did not detract from the quality of repertoir or musicians. I found this album in Cabella stalls and it immediately attracted me by its beautiful cover. It has an appropriate title – Living Water – and totally matches the blue and delicate CD print. Everything is splendidly harmonized in the colour of water – turquoise blue water of the Borbera River in Cabella as you may watch it in May when it runs in the river bed. We have already written in our blog about this band, but then it was about their first album and without any interview. That is why I asked the members a few questions about their new album. 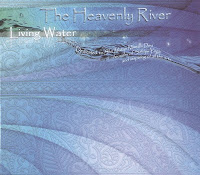 Your album´s title is Living Water – were you inspired by the Borbera River in Cabella? Living Water is also the title of the introduction song.

At present we are in Italy and enjoy the presence of Cabella Borbera River with its clear and vibrant water music. Certainly we were inspired and we have dedicated the title to one of our source. Water is the “source of life” and we know some of its names are auspicious: Shri Apa-Tattwa-Swamini (The master of the Principle of water) and Shri Jala-Tattwa-Ishwari (The Goddess of the water element). There are fascinating photos by the Japanese researcher MasaruPhotos which show that water receives and transmits information and feelings. All this is suggested by the title of our album. 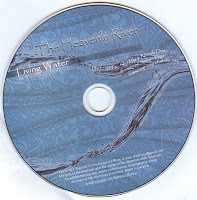 Your new album appeared after more than ten years. Why did you have such a long interval and how did you fill it? What were you engaged in?
The period after the publication of our first CD we have engaged in concert-tours, festivals, etc.. And we spread the Sahaja-Culture through our concert.
The majority of songs is formed by various adaptations of Indian bhajans, e.g. Kundalini or Shri Durga. Being instrumentalists like you, it is always pleasure to give the songs new dimensions, right?
Currently we are inspired by Indian music that brings vibrations sound into our music. While we’re composing this music transforms into it’s own life. The result seems to us to be a harmonious symbiosis. 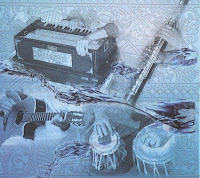 There is also an Irish traditional The Butterfly. Why did you choose such Irish motive?

In our compositions there are melodies of all peoples: Slavic, Arabic, etc…When we heard „The Butterfly“ for the first time, we just loved this Irish melody.We have created a fantasy track viewing and following the flight of a butterfly. Some of our compositions are representations of events, for example, in 'listening to the song „Shri Durga“ you can imagine the events described in the „Devi Mahatmyam“. 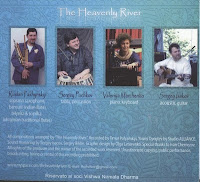 I was extremely pleased when I read the information and then listened to the band playing during the Devipurnama performance. What was it like to play during a theatre performance? It must be a different feeling from playing at the concert – here you have the role of accompanying musical ensemble.
In the show „Devipurnama“ various musicians and singers participated, including us (The Heavenly River). While the music was prepared, some fragments were played spontaneously, directly inspired by the momentarily actions on the stage, such as the fight scene with Durga and demon or the cult of the Goddess and others. Those were free improvisations, moments of great emotional participation.

At the National Academic Theatre of Kiev „Ivan Franco“ our tabla player Sergei Puchkov participated in the show „Shakuntala“, where there are some ideas of the „Mahabharata“ by the famous Indian poet-dramatist Kalidasa.We also participated in theater productions where the music and generally the theme of the drama appears. Here you feel an integral part of collective action. In a concert, however, only drama is expressed through music .
Posted by vlada at 11:48 AM

How appropriate to find this article at this moment when it is the exact hour many of us are praying, (12 - 1pm, 31.03.11) saying mantras and having our attention on the Water at Fukushima in Japan, how Sahaj! JSM!!! Thank you for introducing me to a wonderfully vibrant group of Artists!

I really enjoy this beautifull music. I was trying to found how to buy or download musics from them, but i didn't get it. Did some one know where i can buy or download this CD?
Thanks a lot.
JSM!

Thanks for taking the time to discuss this, I feel strongly about it and love learning more on this topic. If possible, as you gain expertise, would you mind updating your blog with more information? It is extremely helpful for me. Meditative music has a healing effect on the body, mind, and spirit. if you feel stress then sitting quietly, just focusing on our breathing helps alleviate symptoms of stress. we can began to feel more relaxed also. Thanks for sharing this...
Relationship Coaching

Indian, Slavic, Arabic and so many other influences. You are right saying it is at the crossroads of all these musical traditions. Through Sahaja Yoga, music reaches the synthesis of all musics, it is absolutely universal. Everybody can feel this music lovingly resonate in his heart. Pure delight.