Matt Malley - The Goddess Within

Matt Malley – the American bass quitar player, a member of the famous band Counting Crows released his solo album The Goddess Within. I have met Matt accidentally at Guru puja in Cabella in 2006 together with Debbie Eckman. For a while I have monitored his new project The Auroras and then Matt came with his new CD. The interview for sahaja radio was devided into two parts – the first one was about his life and music, and this second is about his new CD. 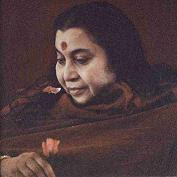 VH: On YouTube you had presented in the short profile your life story and looking for yourself. I would like to return to the very beginning to your first musical attempts. Your first band was The Screaming Idiots – nobody knows anything about it. Could you present in a few words the history of this formation? (I was smiling at the photograph where you look like Paul McCartney).

MM: Yes you saw the „Screaming Idiots“ photo! That was a band which I formed in highschool, (age 15 through 18 here in America) with my childhood best friend, Mike Detwiler. We didn't write very many songs of our own, but we did play songs by our favorite bands including the Beatles, Led Zeppelin, Creedence Clearwater Revival, the Kinks, etc. We played at parties located around the San Francisco Bay Area, (where I grew up) for a number of years - almost every weekend. It was a very fun time learning to play bass guitar in a rock band! My first bass guitar was purchased by Mike's father who bought a cheap bass as well as a regular electric guitar and Mike took up the guitar while I took up the bass. It was my first real rock band experience playing for an audience. 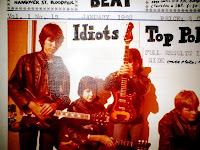 VH: Then you started to look for yourself , you came to know yoga and at the same time entered the showbusiness world as the main member of the superband in the USA the Counting Crows. The hit Mr. Jones flew all over the world and suddenly you became famous. How did the fame and tour life influence your spiritual life?

Fortunately I was practicing Sahaja Yoga for 5 years before Counting Crows became famous, so I did have some "roots" placed which helped me immensely. I had started seeking in the late '80's, reading all of the seeking books, (Alan Watts, Joseph Campbell), and when I found Sahaja Yoga I threw all of the books away - I knew that I had found the truth. By the time Counting Crows became famous, I turned out to be the quiet type on the road; I would be the band member going back to my hotel room after a show to footsoak and meditate while the rest of the band went to the bar. I did get to give realization to fans of Counting Crows after shows during autographs - and sometimes they had very strong experiences! Some felt lighter, some felt dizzy...(they had been drinking I guess...) one lady kept falling towards her left. Sri Mataji told me that I have to put my attention on the kundalini of the audience when Counting Crows were playing on stage and I can give realization to our audiences this way - I would do that and I can remember that it felt like my eyeballs were floating in ice water! The vibrations would be so strong.

VH: You were nominated for Oscar for music. Did it mean anything to you?

MM: When I got an Oscar nomination, I had just left the band. I was invited to attend the Oscars by the band and their manager at the time, but I politely said "no" because I had had enough of Hollywood at that point. I remember telling them that I'll have more fun watching it on the television with my boys in my lap than being there in person. The Oscars celebration meant nothing to me, but I am actually happy to be an Oscar nominated songwriter! In reality it means nothing - but it's a good trophy to have, as far as trophys go! So I guess I could say that I do enjoy it - but I'm fully aware that it doesn't really mean anything!

VH: In 2004 you left the Counting Crows and musical scene saw the new formation The Auroras which however ended its career. Why did you not continue in this project?

MM: The Auroras were a small 3 piece band which I formed with a couple of childhood friends, Mike Neighbor and Paul Bach. Paul was the drummer and Mike the guitarist/songwriter. Mike is a true musical genius and I was so happy to finally start up a band with him. We recorded 2 ep records and released them on the internet and they sold pretty well but I shut everything down when we broke up in Summer, '07. The vibrations were too hard - Mike and Paul are not Sahaja Yogis and it felt like I was trying to breathe underwater, if you know what I mean. I love them both, but it was just too much of a struggle to try to be in a band with them. I'm thinking of remixing our songs and releasing them more officially on the internet - Mike is so good that I want the world to hear him badly.

VH: During your activities on the American musical scene you have met many famous artists. How do you perceive as a human beeing who had found himself and his life aim such world of musical showbusiness? Is it difficult to leave it behind?

MM: I did meet some legendary artists! I met Robert Plant in Dublin Ireland in '02 when he was touring small theatres with a little band he called, "The Priory of Brion". He COULDN'T HAVE BEEN NICER. A true gentleman. The other rock star I met and was impressed with was Bono - he was "hollow". He seemed to not have ego and I felt strong vibrations from him. I met him in '99 in New Jersey at Giants Stadium. We were both playing for some internet show and he was asking me how our tour is going - I felt humbled at his humility. Also Neil Young couldn't have been nicer! That was in '03 - he invites all of his opening artists at his annual "Bridge School Benifit" over to his place for bar-b-que. 100 acres of Redwood forest in Northern CA, near San Jose. Wonderful man.

Leaving behind all of the touring, fame, etc is not a problem at all. If anything, I'm eager to get busy with whatever else life has in store; I don't want to sit still for too long - but as far as being in a big touring rock band...it was fun in my 20's and 30's, but when my children came into the world and I started entering middle age, then living in a hotel room, (which is what you do when you're in a touring rock band), just got to be too painful. I felt like a "missing in action" father and it just got too hard. If I miss anything about Counting Crows, it's all of the traveling...waking up over-seas and not being sure which continent I'm on when waking up, etc. The only thing I miss is traveling around the world. You get used to "being on the move" all of the time and when I quit the band in Dec. '04, I spent the next year "skidding down the runway". Trying to slow down - and a new sense of peace is now starting to grow inside. It's taking a few years but I'm finally adjusting to a quieter lifestyle.