In 2006 I visited Adi Shakti puja in England. At the stall with CDs I came across an album which had a picture of a girl and a simple title SAM on the cover. I asked the stallkeeper and he assured me, that this girl is a yogin, so I bought that CD. I did not know her and did not know about her music, either. Bigger and nicer surprise came when I played that CD at home. The album became one of my favourite. Back then, Sam had her website, so I tried to ask for an interview, but I did not succeed. And today, after nearly 8 years, I am meeting Sam again. Her singing style has changed and she is in another band - Casabella. But with Sam we will return to that album from year 2002, which was her debut, and here is a short interview with Sam, which is intended for our blog. 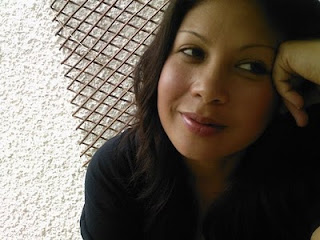 Sam, can you introduce yourself to us a little bit?


Hi yes well for the last 2 nearly 3 years I’ve been co-writing and singing with a Latin Beat band called Casabella. The musicians are changing all the time, but we are currently made up of 7 yogis and 2 non-yogis. We have our own EP out and are currently recording our album and have been gigging around London doing our thing and having fun. I am also working with a folk rock band, who happen to be my cousins, and I am co-writing with them also and playing gigs in London.

I am Anglo-Burmese. My parents are from Burma but they are both mixed with Burmese and English blood. I was born in England and I have a brother and a sister. I’ve always loved music and from a young age was singing and putting on performances with my cousins to our family. We would write songs and perform dance routines and even put on plays... Good fun days!!

I came into Sahaja Yoga in 1998. A friend of mine was practicing and I found it fascinating and wanted to find out more. At the time I was very down on things and exhausted creatively as I’d been working in many different music projects, ranging from rock, dance, industrial dance. I was feeling as though I didn’t really know who I was and very lost. Finding Sahaja Yoga changed all that. I began to understand my role, who I was, and that my creativity was something given to me, a gift, and that I should use it. 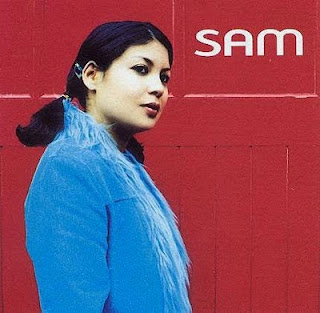 I love listening to your album SAM. How did you get to recording and where did you find your repertoire?

I came into Sahaja Yoga with my then partner Adam Fox. We met many musicians and joined together with Daniel Wagner, a singer songwriter and Paddy Martin, a guitarist and drummer. We firstly started just for fun jamming and playing and singing each other’s songs. We even started to record each other’s songs, but realised something wasn’t really working. We sat down and discussed that maybe we need to all write together. So no one should bring finished songs, just ideas for us all to work on. It was a very interesting process and one that became the writing style for SAM.

Adam brought guitar riffs, Daniel would bring a rough sketch of a verse and chorus, I would have a melody, Paddy would bring more general guitar ideas and riffs and suddenly some very interesting songs started to form. Adam and Paddy would then go up to the recording studio (427 Studios) which we had in our house and put down a drum track and Daniel and I would write the lyrics and finalise the melodies. The songs formed very quickly and we had created our own style. 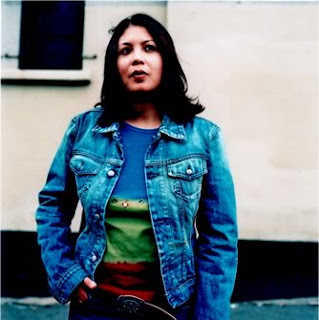 In the album I can hear the influence from the 70s, which I like very much, both arrangement and music grow from those times. You cooperated with Adam Fox in his studio 427 Studios (as did for example the group Zephyr). What was the cooperation like and did he influence you in anyway? 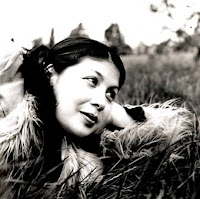 Adam had his own very unique production style and he was very much into music from the 70’s and rock music, such as Boston, Van Halen, Pink Floyd, Jimi Hendrix so some of the guitar ideas and vibe of that time was brought into our music. We also worked with a very talented Producer, Michael Lloyd from New Zealand who was also very influential with the final sound and editing of the songs.

Some songs have a strong guitar drive of Jimi Hendrix. Moreover you put his song Angel to your CD. Did Hendrix inspire you as well as crackling of vinyl LPs in other records?

Jimi Hendris did inspire us all. It was really special to do our own version of Angel. It’s one of my favourites from the album and yes I still love the sound of vinyl LPs and the crackling!

Could you tell me more about my favourites songs? That Was Then, (very hard and special song, hard gt, bass,) Sometimes , I Believe ….

That Was Then is a great start to the album. We worked on getting a really hard synth bass sound to give it a slight dance vibe and the unusal backwards guitar was just a quirky idea that worked. We added a vocal effect to the voice and the song was done. To the listener the song may appear to be about love, but with all the SAM songs they are about finding yourself and becoming the spirit.
Sometimes came together with a guitar line from Adam. This is a really beautiful song. Adam had this intro verse written and then when Daniel and I heard it the verse melody just came out and then the chorus. Again it was written pretty quickly and we could really feel the vibrations when writing this one. The lyrics came out very spontaneously too and were a joy to write again focusing on the spirit.
I believe was written with us all just jamming some ideas. I think someone may have turned up with a verse or something and then it just worked out. All our lyrics talk about Sahaja Yoga and that it is all around you if you just surrender and believe. 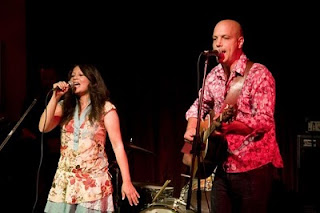 From pop-rock you came to Afro-Latin American music. Is that your development or did you find this music fantastic and are you captivated by it?

Well really it happened by chance. I’ve always liked to dance to latin style music as it has a very free vibe to it and always makes me feel joyful, but I never thought I would be working with a Latin band. If someone had said that to me a few years ago I would have just laughed! It’s funny how things happen. I just met Gianni my best friend’s husband and we just started a band with the three of us, including Michael Lloyd who helped produce the SAM album. The band then grew from 3 to 9 members. Michael and I still find it funny that we’re working together in a Latin Beat Band something we never thought would happen!
How does sahaja yoga reflect in your music life?
Sahaja Yoga reflects massively in my music life. Every lyric that I write is about the spirit in someway, even if it’s not in an obvious way. I just want to express that in my lyrics and music and it happens very naturally.
Older album of SAM you can find: http://www.cdbaby.com/cd/sammusic

I just really appreciate you that you are doing good and impressive work for the needy people in Haiti, Thanks for doing such.
Toronto House Renovations

When we come across music that really leaves a startling impression on us, we tend to be awed. With good musical talents made even better with good recording, you get to hear top quality sounds. http://www.legacyproductionsstudio.com is one you can rely on.