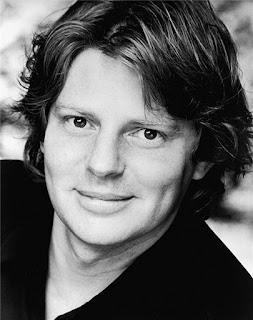 Tim Bruce – a name no yogi can possibly overlook – be it in the field of music or art. You know him as the protagonist of William Blake drama performance, he is an excellent narrator, a reciter and a singer. Therefore I believe he is rightly included in our audio blog and I´m delighted I could prepare an interview about one recording with him. Yes, you are feeling it right, it´s about a recording of a mantra from The Mantra Book Audio, which creates an unforgettable atmosphere, has a wonderful drive and is a source of immense vibrations. When I heard the recording for the first time, I remained sitting in a complete amazement at my pc. Tim´s mantra recital I have heard many times, for example in Cabella, where he is their chief reciter, his drama rendering in Blake is exquisite and last but not least – his websites speak for him themselves. Let me go back to what is standing in the forefront of our attention – audio recordings from The Mantra Book Audio. As this project aroused a lot of interest in me, I put Tim a few questions. 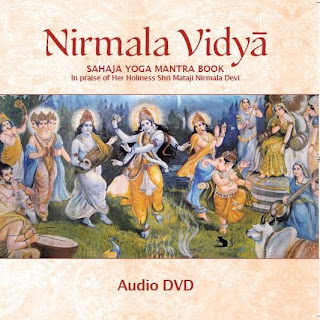 Tim, this recording is a real jewel for those of us who daily read the pages of The Mantra Book and turn in their prayers to the Divine. How did this idea to put The Mantra Book into music come to its existence?

When we were in Africa, in Shri Saraswati's land of music and Shri Nirmala Vidya, while on the first Self-realisation tour of Ghana in October 2009 (and by divine coincidence we are returning there for another tour this week!) After presenting some new Ghanaian yogis with a copies of the new mantra book, I was struck by how difficult it was for these new yogis to use the mantra book without some kind of oral guidance and so promised to make some recordings to help them pronounce the Sanskrit mantras. Actually if you think about it, the mantras don't really exist on the written page, they are there only in potential form. Only when someone reads them aloud or sings them do they come to life and act upon the world, infusing the material word with the vibrations of the Spirit. But how to learn how? As we could only be in Ghana for a short time, an audio recording was the ideal solution not only for Africa, but for anyone who desires to deepen their knowledge and their appreciation of the mantras.

It's so wonderful and auspicious that this idea should have originated Africa, because the name of the mantra book is 'Nirmala Vidya' and Africa is the Land of Shri Nirmala Vidya, of the pure divine knowledge, of the subtle knowledge of Shri Nirmala. So the recording felt like the next natural stage in helping to manifest Shri Nirmala Vidya.
The style of the music is something which developed from singing with a Swar-mandal which is a small Indian Harp with 30 strings, which I love to listen to and strum. It immediately puts you into a meditative mood and always evokes a strong sense of the eternal with its undulating watery sounds. I was sitting on my bed at the health centre in Vashi one day, singing the 1000 names of Shri Shiva and this tune just came out! It's based on the traditional chant of Vedic mantra, but the cyclical ying-yang call-and-answer musical pattern is a melodic Westernisation, which somehow came out of me.

When did the recording come to being and who helped you? How long did it take you to record a recording as long as eight hours?

There were lots of try-outs and delays along the way and lots subtle resistance to push against, so in the end it took nearly two years to bring the project to completion. What you hear today is actually the third version of the mantra book audio, as it went through various stages of evolution and refinement.

The first two versions were recorded by Raimondo Sonis a Sardinian yogi living in North London and I needed time to listen and learn how to master the mantras and for them to sit comfortably in my voice. Once we were ready, the final version was recorded in Andreas Van Engelen's sound studio in Amsterdam, surrounded by the Guru-like vibrations of the North sea and the pure December snows. It took seven days to record the whole mantra book, starting with the Muladhara and working our way methodically through the book. We recorded all the Sanskrit names first, then all the Arabic and finally the Latin and Ancient Greek. I wanted each language to sound very different in both mood and musical style. It then took about six months for Andreas to edit all 74 tracks and get them ready for production. Then the Mantra Book Audio DVD was launched through the World Foundation in Cabella at Guru puja 2011. 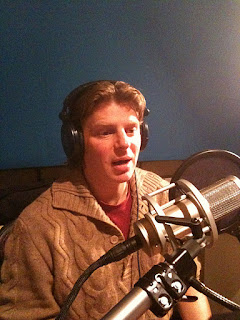 You recital has an amazing feel, a vibratory power and is an exemplary sample of how to recite mantras. Where did you learn it and who was your teacher? How long did it take for you to master it?

I have spent a lot of time with Rajashree Lal (Deshpande) in London working first on the texts and then on the pronunciation of the mantras and listening back to the recordings to pick out the mistakes. Rajashree is the silent shakti power behind the whole mantra book as well as the audio and is our resident Sanskrit expert. We have been working together on the International Mantra Book since the role of editor passed on to me in May 2007. After the book's inauguration by Shri Mataji during Guru Puja 2008, I vowed that I would try to master all of its contents and bring them vocally to life. Rajashree has helped me enormously in this, but I would say that the real power developed subtly from deep within. Sanskrit is the language of the Kundalini, all of its syllables derive from the sounds that She makes as She travels through the nadis and chakras of the subtle system. Shri Kundalini is the one, She is the nurturing Mother, She is the living guru, She is one who is anxious for Her child to ascend.
As for singing, I studied Western classical opera and song at the Guildhall conservatoire in London; and Indian classical vocal firstly from Arun Apte, then Subrahmaniam and from the great masters of Khyal Pandits Rajan and Sajan Misra. 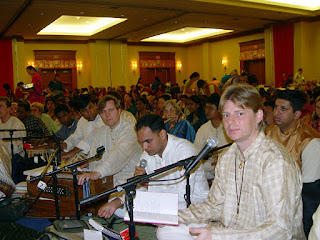 It´s beautiful to hear you recite various mantras with different pronunciations – for example the 108 name of Pallas Athena or 99 names of Allah and others which are in Sanskrit. Even this testifies to your mastery.
Evy (in UK) and her sister Lalita Markopoulou (in Athens) helped with the Ancient Greek names of Shri Athena - the Ancient Mother Goddess of Europe. By chance I discovered the oldest written melody in the world dating back to 200BC, a beautiful Greek melody called the 'Song of Seikilos'. This fitted perfectly to the names of Shri Athena and gives a timeless, authentic Greek feel to the names which I adore.
Jan Bowen from Cardiff in Wales helped with the Arabic names which were phenomenally difficult!! More difficult than the Sanskrit. We spent ages trying to get them to sound right, as we had previously spent ages getting the text right in the mantra book before it. Arabic is a very complicated language, just looking up a word in the dictionary is an odyssey as you have to look up each word by its root. The Arabic names have been set musically to Rag Bhairav (the rag of the left heart), which is a popular Middle Eastern musical scale and has an evocative Arabic-sounding lilt to it.

We could buy the recording in Cabella as one long audio track on DVD. Why this format?
Basically we had lots of conversations about the various merits and drawbacks of the various formats it could take and Audio DVD was the clear front-runner. With audio DVD it could all be on one disc and it preserved the highest sound quality. On most computers it is easy to select individual tracks., although on some DVD players it does seem to play as one continuous unbroken series for some reason. If it appeared on CD, it is so long at 8 hours that would need a 7 or 8 CD box set which we felt was too big. If it was issued as an Mp3 CD, it could fit on one CD but there would be a big drop in sound quality and the sound engineers were not about to allow that!! So in the end the technically-minded yogis decided on an Audio DVD with the later possibility of downloading Mp3 versions from the NIPC website shop when it was up and running.